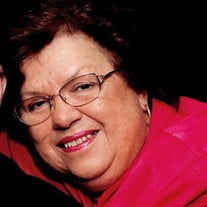 The family has requested in lieu of flowers to make donations to either Union Hill F.C.M. Church, 3349 Union Hill Road, Arab, AL 35016 or St. Jude Re

Send flowers to the Parker family.