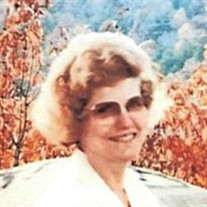 Charlotte Annette Wilks Carroll went to be with our Lord on October 25th, 2020 at 3:38 a.m. at the age of 73. Surounded in faith and love and with her children: Darlena, Paul David and Jenifer by her side. Charlotte was a resident of Town Hall Estates in Arlington, Tx at the time of her passing. Charlotte was born on December 29, 1946 in Clarksville, TX to Mr. and Mrs. William David (Dub) Mullins. Charlotte then moved with her family to Grand Prairie, Tx where she lived for many years. Charlotte graduated from Grand Prairie High School in 1964. Charlotte was married to Jerry Tipton Derr from 1964-1970 and had daughter, Darlena and son, Paul-David. Charlotte married again in 1973, and had daughter Jenifer in 1974. She was divorced again by 1979, becoming a single mother of 3. Charlotte was married again in 1985 to Arab native, Anthony Wilks. Charlotte then moved to Arab, with husband, Anthony and daughter, Jenifer in 1987. Charlotte was a member of Hopewell Baptist Church, and later Union Hill Methodist Church, both in Arab. She was married again in 1994, to John Wayne Carroll of Hollypond after the death of husband, Anthony. Charlotte returned to Arlington, Tx in 2002, after the death of husband, Anthony and later the death of husband, John Wayne Carroll. While living in Arlington, Tx with daughter, Darlena, son-in-law, Michael, and granddaughter, Tylar, she became an active member of Rush Creek Church in Mansfield, Tx. where she helped with the childern's church and enjoyed the life group activities. Charlotte battled Multiple Sclerosis for most of her life, but she never let that stop her from enjoying life and loving her family. She never lost her faith in the Lord and passed that faith on to her family. Her legacy of strength, faith, love and laughter lives on in all who was blessed to know her. Charlotte is proceded in death by her parents: Dad: William David (Dub) Mullins. Mother: Edith Pauline Mullins. Husband: Ervin Anthony Wilks. Husband: John Wayne Carroll. Charlotte is survived by her sister; Paula Denise Jackson, her children; daughter: Darlena Renee Murphy (Michael). Son: Paul David Derr (Lysette), daughter: Jenifer LeeAnne (Wilks) Lambregte (Shawn). 7 grandchildren: Karissa Dayle Gallman, Tylar Pauline Worley, David-Jacob (DJ) Anthony Gallman, Desirea Renea Derr, Zachary Seth Barker, Roxi LyAnne Derr, and Raina Shae Derr. 3 great-grandchildren; Jackson Worley, Anthony Gallman and Elijah Derr; and a multitude of beloved Aunts, Uncles, Cousins and friends. Memorial and Burial services was held graveside on October 23, 2021 at 2:00 pm at Hopewell Baptist Church Cemetery, Gober Funeral home will be overseeing . Brother James Earl Pate and Brother Ennis Stone officiating.

Charlotte Annette Wilks Carroll went to be with our Lord on October 25th, 2020 at 3:38 a.m. at the age of 73. Surounded in faith and love and with her children: Darlena, Paul David and Jenifer by her side. Charlotte was a resident of Town Hall... View Obituary & Service Information

The family of Charlotte Annette Wilks Carroll created this Life Tributes page to make it easy to share your memories.

Charlotte Annette Wilks Carroll went to be with our Lord on October...