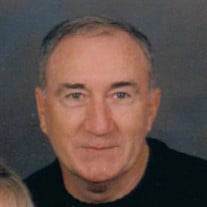 James Dewalt Willis, affectionately known as “Big Pop” to those he cherished most, passed away August 4, 2021, at the age of 76. Born to the late Carlton and Elzorah (Light) Willis, he was a lifetime resident of the Ruth community in Arab. A proud veteran of the United States Marine Corps, Dewalt served valiantly during the Vietnam War. Upon returning to Arab, he continued serving others at the local fire and police departments. Dedicated to the city he loved, Dewalt worked tirelessly to establish the Ruth Volunteer Fire Department. A respected pillar of the community, he received the Citizen of the Year award in 1991. He was a lifelong member of Ruth Baptist Church where he faithfully served as a Deacon. To know Dewalt was to love him. His charismatic and jovial spirit will forever be missed by all who knew and adored him. In addition to his parents, Dewalt was preceded in death by his brother, Gary “Bo” Willis. Survivors include his beloved wife of 55 years, Anoise (Robinson) Willis; daughter and son-in-law, Stacey and Kelly Parker; sons and daughters-in-law, Rodney and Amy Willis, all of Arab, Scott and Kari Willis of Covington, GA; grandchildren, Blake Willis, Brooke Willis, Kane Parker, Hanna Willis, Aubrey Parker, Macie Parker, Tyler Willis, Madison Willis, Anslee Saunchegraw, Cooper Saunchegraw; sister, Malinda Howard; sisters-in-law, Susan Frame, Sandra (Bailey) Willis; as well as numerous nieces, nephews, cousins and friends. Funeral Service to honor the life and legacy of Dewalt was held Saturday, August 7, 2021, 2:00 PM, at Gober Funeral Home, 1331 Guntersville Rd, in Arab. Interment, with military honors, was in Arab Memorial Cemetery. In lieu of flowers, Dewalt preferred donations be made to Child Advocacy Center, 1620 Railroad Ave., Guntersville, AL 35976. Pallbearers: Kerry Bailey, Mitch Bailey, Chris Black, Shannon Johnson, Jeff Noojin, Chuck Reynolds and John Saylor.

James Dewalt Willis, affectionately known as &#8220;Big Pop&#8221; to those he cherished most, passed away August 4, 2021, at the age of 76. Born to the late Carlton and Elzorah (Light) Willis, he was a lifetime resident of the Ruth community... View Obituary & Service Information

The family has requested in lieu of flowers to please make donations to the Children’s Advocacy Center @ Guntersville, 1620 Railroad Ave, Guntersville

James Dewalt Willis, affectionately known as “Big Pop” to those...

Send flowers to the Willis family.