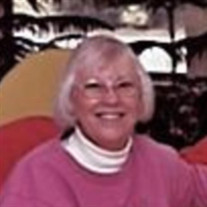 Minnie Catherine Thagard Newman (Kay) was the third in a succession of Minnie’s with each Minnie distinguished by a different middle name. Kay, a native of Greenville, Alabama, graduated from Troy State University in 1964 with dreams of making it big in the world of business. She subsequently began a career as a mortgage loan processor and lived with friends in Birmingham, Alabama. There, she met her future husband, James Newman, at Ed Salem’s Drive In; which her children imagine as Big Al’s Diner on Happy Days. After a six month courtship, they were married. James Newman, a native of Arab, was employed with Alabama Power as an electrical engineer. Life in the big city never quite suited the two. They lived briefly in an apartment in Huntsville, AL, while their house, in the country just outside of Arab, was being built. Here, Kay lived and immensely enjoyed the next 50 years of her life. James and Kay raised three kids, dabbled in gardening, faithfully attended Arab First Baptist Church, traveled about, cared for numerous animals, and enjoyed a beautiful (albeit distant) view of Guntersville Lake. Kay built a place for her family members to always call Home. During the summer of 1987, Kay was diagnosed with Non-Hodgkin’s Lymphoma. She bravely battled this cancer on and off for five years before successfully completing an autologous bone marrow transplant and finally achieving a “cure” for her cancer. Through her battle with cancer, Kay discovered a remarkable talent for encouraging and loving others through their own battles with cancer. Whether it was a friend or merely an acquaintance, Kay reached out in love and kinship to offer support, encouragement, and prayer whenever she learned of someone battling cancer. This was her life’s ministry and her legacy. Kay was a true friend during very difficult times and beyond. She modeled compassionate behavior and raised compassionate children. In September 2020, Kay was diagnosed with pancreatic cancer. She received this diagnosis with determination and without resentment. She had been given three additional decades to love and raise her family. After a year of difficult treatments and procedures, September 13, 2021, Kay’s body was released from its earthly bonds. She walks whole and perfect with Christ in Heaven. Left behind to celebrate her life are her husband of 55 years James Allen Newman, Sr.; son James Allen Newman, Jr. (wife Erleide); daughter Minnie Edna Newman; and daughter Sharon Catherine Newman Hurst (husband Scott). She is preceded in death by her parents William James Thagard, Sr. and Minnie Mae Simmons Thagard Tutchtone as well as her brother William James Thagard, Jr. (Bo). Private Graveside service was held Wednesday, September 15, 2021, at the Brookwood Cemetery with Brother David Kizziah officiating, Gober Funeral Chapel Directing. In lieu of flowers please consider donating to Arab First Baptist Church, American Cancer Society, or Pancreatic Cancer Action Network.

Minnie Catherine Thagard Newman (Kay) was the third in a succession of Minnie&#8217;s with each Minnie distinguished by a different middle name. Kay, a native of Greenville, Alabama, graduated from Troy State University in 1964 with dreams of... View Obituary & Service Information

Minnie Catherine Thagard Newman (Kay) was the third in a succession...

Send flowers to the Newman family.